Fascination with the Mundane

As I watch “The Disciple” – a painfully pessimistic movie in which the protagonist does not go through the typical character arc recommended by most screenplay experts, a friend’s question rings in my ear, “Who wants to read books about losers?”. The protagonist typically follows the character arc of the hero. He is someone who goes through trials and tribulations of life, the highs, and the lows, only to emerge as a winner in the end.

There is another category of movies and books that defies this expected trend. There are movies where the protagonist is a certified loser. In some films, the protagonist is an ordinary person who does not go through any of those highs and lows recommended in most writing books. These books are also known as “Slice of life” books. Some people are genuinely puzzled why anyone would bother to read these books or watch these movies. These people wonder why “The Disciple” is getting so many awards and why critics are raving about the film.

The most famous of the lot are the Coen Brothers, who have made many movies about losers that have become big hits. “The Big Lebowski” and “Inside Llewyn Davis” are movies about nobodies who stay nobodies. Richard Linklater is another director who makes movies about people who keep talking throughout the film. “Before Sunrise” was such a big hit that it spawned two follow-ups.

What is it that attracts people to slice of life? After all, didn’t Jenny Lewis say, “No one wants to pay to see your day-to-day”? There lies the confusion about the mundane and the ordinary. For the fortunate ones, of course, nothing is mundane. For them, life is but a chain of novel moments. But even for the others, the everyday of someone else could be unknown. For someone working in a government role in Washington in a bureaucratic setup, the life of a farmer in Coorg would be very novel and out of the ordinary. There is nothing that is Slice of Life universally. For one, what may be slice of life would be unique and novel for someone else.

The Disciple takes the mundane to another level. We are shown the protagonists life to the level of detail that we wished we had not seen. We have seen musicians in movies like “A Star is Born” who reach the pinnacle of success through their talent but never stop to wonder what happens to the thousand others who remain on the sidelines. The Disciple talks about precisely these people. People who are driven by a dream to make it big, but do not. The reason may be the lack of talent, exposure, or plain bad luck. It does not matter. The most critical mission of such movies is to depict the reality of the majority of the people taking a particular path. The Disciple is very similar in manner to “Inside Llewyn Davis.”

A famous example of someone who was never popular throughout his life was the painter “Vincent Van Gogh .”If you looked at any point in Vincent’s life, he would be seen as a loser. Someone who does not have any sales, someone who lived off his brother. When I started writing “Brothers Sen Gogh,” this is the nature of fame and talent that I wanted to bring forward. Soubhik Sengupta is one of the millions of hopefuls in Mumbai. Does it matter if he becomes a success? Isn’t his life interesting just for his passion, practice, and ideas? All these things are represented in his day-to-day, his slice of life. Wouldn’t the slice of life of Soubhik be as fascinating if not more than his eventual success or failure?

Telling stories of the losers, telling stories of the slice of life is challenging not only for the lack of commercial attraction of the venture but also from a perspective of building an exciting narrative. The Disciple and most Coen Brothers movies can quickly get tiring if they do not produce a day-to-day suspense in the narrative. One of the challenges I faced while writing “Whiskey and Suicide” and “Brothers Sen Gogh” was to build mundane suspense through the narrative. As Nalini, the protagonist of one of my stories, “Two Friends,” finds out:

With that conversation, Nalini felt like she was unraveling some mystery. There were times when mysteries did not have killers and detectives. They crept into narratives containing psychological drama and everyday stories’ hidden structures. Just like the reader of the detective story was enamored by the author’s apparent suspicion, these narratives enamored you.

The motive of movies like The Disciple, films by the Coen Brothers, or the books by Raymond Carver is the same. It is to prove that the ordinary is as engaging as the heroic. Both of my books are written in the same vein. It shows the readers that people we think are ordinary – or even losers- are heroes when you look at them closely. Their lives may not be filled with melodrama or may even be not something that can be newsworthy, but they are as engaging, if not more, than big stars or heroes. The same motive drives me to tell the stories of seemingly ordinary people in seemingly ordinary settings. It requires a degree of sensitivity that the reader needs to possess to understand the beauty of the mundane. The same audience that appreciated The Disciple, or the Coen Brothers movies, or books by Carver, Munro, and R K Narayan, is the audience I am trying to please, if I am trying to please any audience at all. 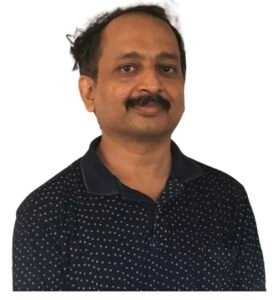 Atul is an investor, entrepreneur, mentor and writer based out of Bangalore.

Theme by Anders Noren — Up ↑